Despite the weather being rather wet, Wrens Treasure Hunt 2016 was quite successful with 9 teams, 33 participants and a dozen judges, committee members and other helpers. 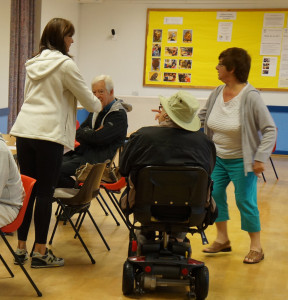 After an anti-rain dance (well it looked like one) from three of the judges and our President the competitors were sent on their way and told to return in less than an hour. The aim was to identify somewhere in Wrenthorpe 30 items, photograph the item with their numbered lollipop stick also in shot and record on their sheet the number of the photo taken with their phone or digital camera. Meanwhile the judges waited patiently for their return.

On arrival a judge was allocated and one member of the team was then required to locate the photo for each of the items on the sheet and satisfy the judge that, for example, the dot in the sky was in fact the pigeon, or dove, that was required. That’s the only item we are giving away so that we can use most of the items again next year. Meanwhile the rest of the team tucked into the refreshments that were available. A selection of photos follow, click on the image to increase its size.

In the end the result was a very close thing.
In first place were Heselybobs with 30 correct
Second Tigers with 29
Third Super Speedy Sealers 28
All shown below receiving their prize from WRENS Chairman Nichola Bell 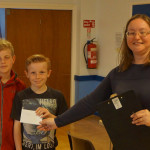 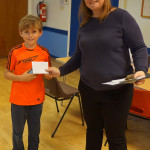 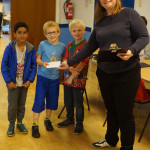